I recently wrote somewhere that the Ghouls 'n' Ghosts conversion is better than its prequel conversion, which is, of course, the Ghosts 'n Goblins conversion. But I didn't play the latter in a while. In some years, in fact, probably. Now that I've tried it again, just yesterday, I'm not so sure that there's a clear winner. For example, I think that the main character is better drawn and animated in the earlier game, and it's also characterized by a better manoeuvrability and the possibility of shooting in the opposite direction of where you're jumping, which is very nice, and very useful.
Also, the movements of the demons and other monsters are quite impressive. Ghouls 'n' Ghosts, on the other hand, is a more complete conversion of the arcade it is based on, and the end-of-level bosses are fantastically drawn big sprites. Ghosts 'n Goblins, in fact, lasts only six minutes (check the rzx walkthrough) and lacks whole levels compared to its source material. At the same time, it is maybe more similar to the original arcade, because there was a certain progress in Ghouls 'n' Ghosts, and, juding by the video I've seen, it was almost an interactive cartoon. Both are difficult.

So which is the better game? Which one do you prefer? 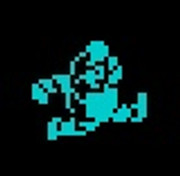 Personally I always preferred the original conversion although it’s missing a lot of features and content of the arcade version. Ghouls N Ghosts crams in a lot more though and I love the 128k music on it.
1 x
Top

I've always preferred the first game (G'n'G) both in arcade and Spectrum version. Maybe just because it's the original game.
1 x
Top

I've just played them one after the other, and I've realized that the first part, which is very similar in both games (zombies emerging from the ground) is harder and more frustrating in Ghouls 'n' Ghosts: the collision detection is unforgiving, while it is more friendly in Ghosts 'n Goblins, and the main character is slightly less manoeuvrable. Also, even if you die in a relatively advanced position, you'll be back at the start of the cemetery anyway.
After all, maybe the first conversion is really the most playable, although still difficult. By the way, Crash gave 95% to Ghosts 'n Goblins when they first reviewed it.

I haven't voted yet, but right one Ghosts 'n Goblins is the one convincing me.
0 x
Top

I kind of remember Ghouls n’ Ghosts more, because it’s by the Follin brothers. And you turn into a duck. So, I’ma go with that.
1 x
Every man should plant a tree, build a house, and write a ZX Spectrum game.

True, you can turn into a duck. Is it something happening in the arcade too?

Anyway, I don't see any vote for Ghouls.
0 x
Top

Oh, shoot. I missed the fact it’s a poll. Voted.
1 x
Every man should plant a tree, build a house, and write a ZX Spectrum game.

Really shocked to see that the original GnG is winning. Ghouls and Ghosts is a quite impressive game that improves the original Ghosts and Goblins in every aspect, including the really bad implemented difficulty curve of the original GnG

I agree with Ivan here. I never could understand the high opinion that many people hold about Ghosts'n'Goblins.

It's too difficult, has simplistic and tiny graphics, ugly loading screen and lacks about 50% of content from the original.

Ghouls'n'Ghosts also isn't perfect and I'm certainly not a big fan. But it's more polished game and faithful to to original.

I'd really like to see Ghost's'n'Goblins remake on Zx Spectrum. Especially by people who did Valley of Rains

And we already have the music