Alessandro wrote: ↑
Sun Jul 26, 2020 8:17 pm
A tournament game should give you some sense of progression and achievement;

Yes it's certainly these, but that's no bad thing IMO.

It has less depth than a lot of games, but I wouldn't call it shallow. There may be less things to focus on, but you can look at them in greater detail. Maybe it shouldn't count (but for me it does), but there is also the whole black mirror backstory to think about.


There is no progression to make,

Couldn't disagree more. I think there is actually a lot to this. You need to get a feel for the controls, the amount of space you need to do a hard right/left, learning how to do a quick shimmy if you're hemmed in by a wall. You need to recognise the various ways the teeth appear, and when collecting an eyeball might put you in jeopardy. It's a bit like being a cricket batsman: you have to repeatedly react, quickly, to something coming at you in varying directions, angles and speeds; and you can't lose you focus.
0 x
My 'good' Speccy games
All projects I've been involved in, including Crap Game Comp entries
Top

People who get more than 1,000 points in Nohzdyve... what do you eat for breakfast???

(not my picture btw!)
1 x
My 'good' Speccy games
All projects I've been involved in, including Crap Game Comp entries
Top

More importantly. How is your brain coping with all that scrolling. It's a very trippy game when played at any length.
1 x
Top 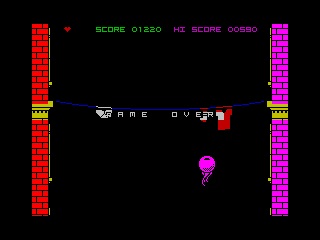 The game is growing on me. It's trippy but you can get into a really zen state where you disconnect your brain from the process and just let your fingers react to what you see, zero cognitive load. Almost like juggling, you have to stop thinking about it and just do it.

No progression or strategy to speak of, but strangely addictive.
1 x
Top

Rorthron wrote: ↑
Mon Jul 27, 2020 6:44 pm
Some versions of it do. Melbourne House reissued it (in 1984, I think) with Kempston compatibility. If I recall correctly, it doesn't require you to select a Kempston option.

Edit: previously I wrote that this version had not been preserved, in fact that's only partially true because the TAP file in the archive works with the Kempston keyboard emulation. No TZXs of it seems to exist, however.


R-Tape wrote: ↑
Mon Jul 27, 2020 8:07 pm
It has less depth than a lot of games, but I wouldn't call it shallow. There may be less things to focus on, but you can look at them in greater detail. Maybe it shouldn't count (but for me it does), but there is also the whole black mirror backstory to think about.

Which is completely unknown to me since I do not watch that series. I am not a fan of TV/Internet series in general to be honest (with some notable exceptions like The Young Pope and The Man In The High Castle). In addition to that, complex stories cannot do much if the game is bad. The Great Space Race had a long and complex history behind it - think about the biographies of every character - but it was a complete waste of code.

It's just going left or right trying not to be hit by the flying false teeth! It reminds me of one of those homebrew games on tape magazines of the 1980s made by readers in 10 minutes of their spare time. Shallow, pointless and utterly unsatisfying. And it gives me hallucinations after a while, as if it weren't enough

These days my breakfast consists of two slices of soft cereal bread with two different kinds of jam, a fruit and espresso coffee. I could hardly eat granita con la panna e la brioscia in the morning as many of my fellow citizens would do, too heavy for me

I would have a granita and brioscia (without whipped cream) as a break at 11 am however. 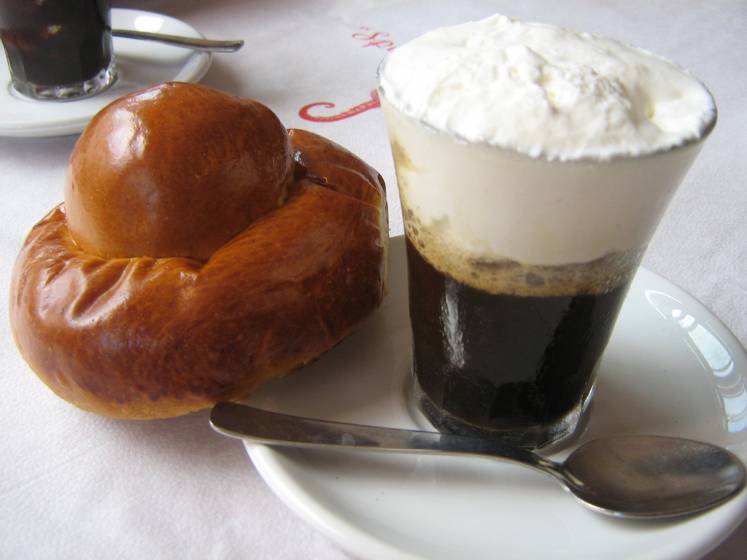 No progression or strategy to speak of, but strangely addictive.

A big thank you to @Rorthron for the tip about the Kempston version of Penetrator. After trying several emulators to remap the keys, I felt mostly at ease with RealSpectrum DOS emulated through DOSBox, that is to say, an emulator within an emulator - square emulation maybe?

Rorthron earns a granita with brioscia and is entitled to choose between coffee, strawberry, mulberry, almond, lemon, pistachio and peach, all topped with fresh whipped cream (except for lemon of course!)

Here is my new score: 34,550. I foolishly lost three lives in the second run cyan level due to those *%&@#! alien heads (which for some obscure reason are called "paratroopers" in the instructions). 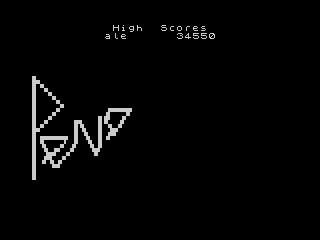 I'm getting the Nohzdyve 'eye scroll', so I better stop playing it now...

...Anyone who's playing Penetrator with a joystick, question: isn't it a bit of a pain to fire the laser, prodding the joystick right...? Or is there another method?
0 x
Top
Post Reply
196 posts