Struggling with Fuse or trying to find an emulator with a specific feature. Ask your questions here.
Post Reply
49 posts

I have tested al keypresses of the Tynemouth USB keyboard converter, and typed them into a excel file (18Kb). I cannot upload them to this forum though. so I placed it here:
https://mega.nz/#!rtYiSTRR!WTntcxt_V0O5 ... 5rOol3sm4o
0 x
I am Using ZX Machines since 1981.
Top

At first glance I can see a strange keyboard in both modes. Isn't a full standard USB keyboard and the Sinclair mode is different to ZX Recreated.

The question is that 10.000 ZX Recreated keyboard units have been manufactured but, how many Tynemouth keyboards exist?. Currently is out of stock. I should add another special keyboard, I guess that's a nonsense effort, IMHO.

I understand that making a keyboard for this system is not interesting if almost no-one has one. But it seems not to be out of stock on his tindie store
https://www.tindie.com/products/tynemou ... rsion-kit/

I put the conversion-kit in an old Lo>>Profile keyboard and that is really a pleasant way to retro. but alas not with the ZX Baremulator. Fortunately FUSE and ZEsarUX and FBZX do work fine.

To compare the Recreated ZX Spectrum and the tynemouth keyboard and a regular USB keyboard I made a newer version of this excel table.
you can find it here:
https://mega.nz/#!64BjhA6B!AnJ65WXSbTg2 ... mVz_GBnVmc

Tynemouth differs from a regular USB keyboard to make special characters output the correct code for a regular PC. For example symbol shift - K should output a + symbol. On a PC keyboard that is the SHIFT key and the = + key and this key outputs 02 2E. Thats what Tynemouth does. to make Symbol shift K give the output that a regular pc interprets as +
0 x
I am Using ZX Machines since 1981.
Top

First, the ARMv6 based PI models are out of support for ZXBaremulator. The models A+/B+/Zero/ZeroW are too limited (is really hard add support for HDMI sound, by example) and for the future is a bad bet. I can't support and develop two different code bases.


The only issues I found were the top and bottom of the screen, on power on, the top line appears to have a small section missing in the top left. 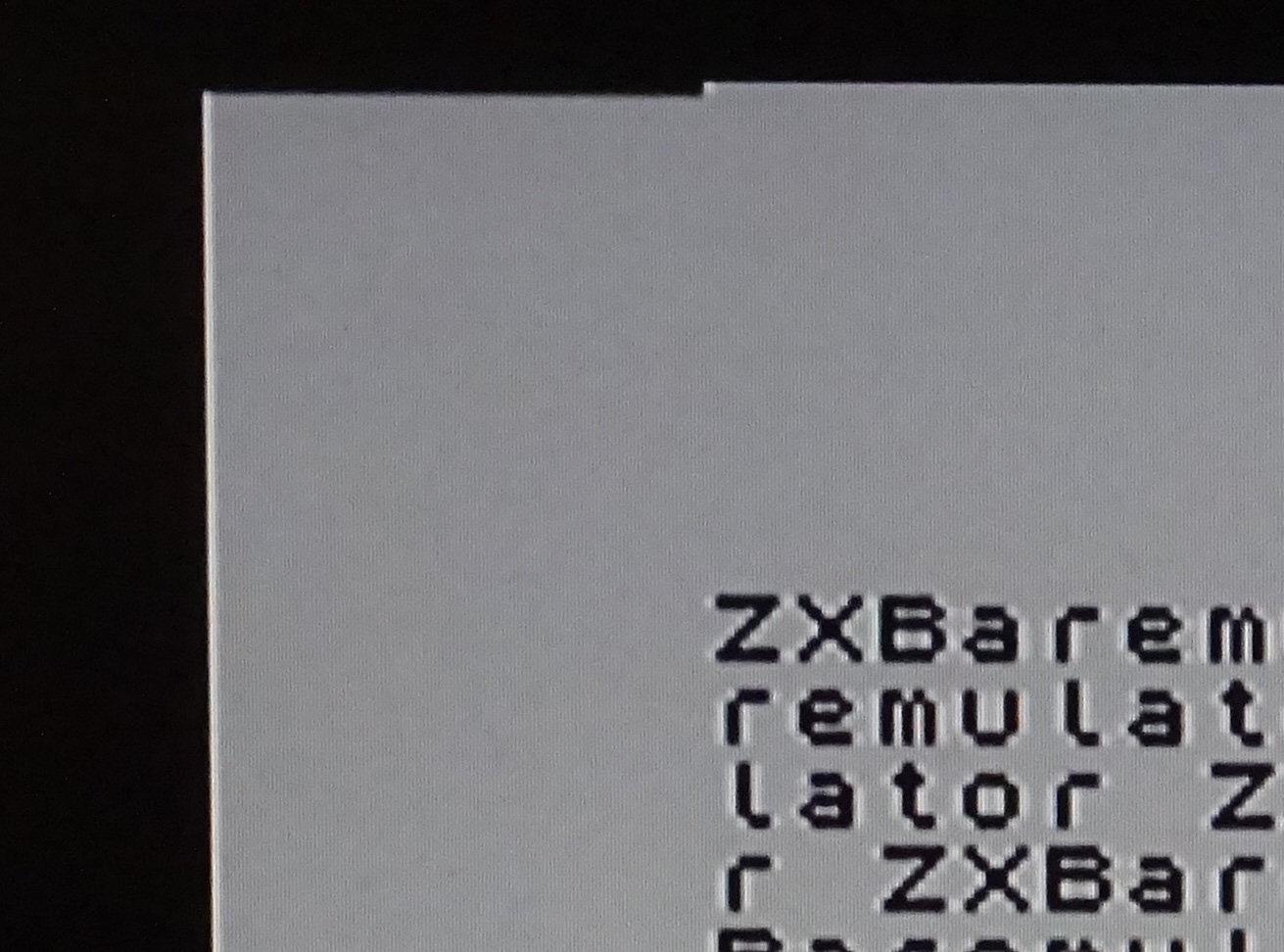 That's a common misconception. That's the exact point where the ULA starts to draw the image. The very first and last image lines aren't displayed by the CRT TV sets and, depending of TV image configuration, can't be seen on LCD.


After selecting a program to load, the gap at the top is gone, but there is now a thin blue line along the bottom of the screen. 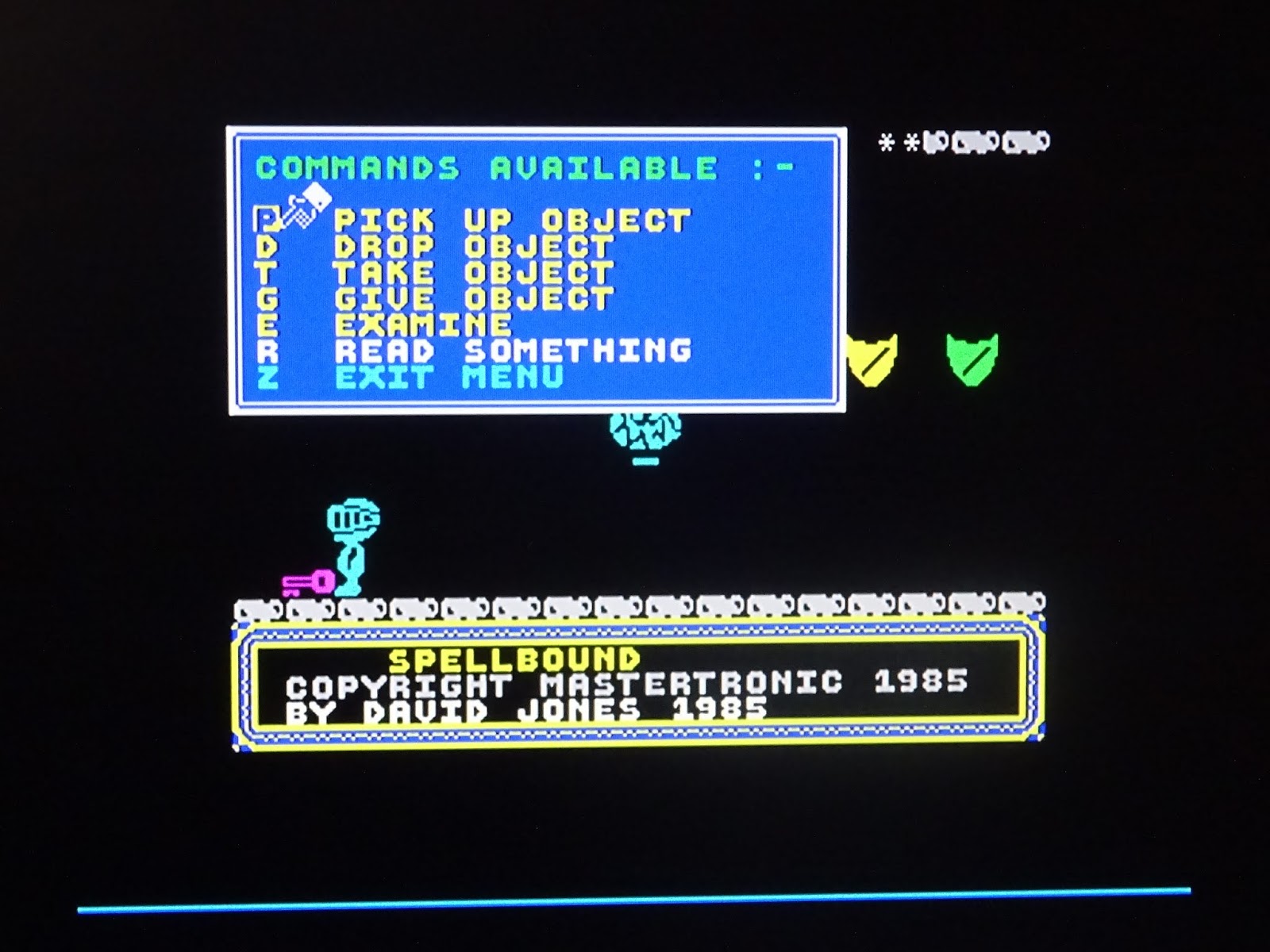 This problem is corrected on the v3.0 version.


The other issue I had was lack of sound, I think that is because I was using version 2.0 of the software. V3.0 apparently has sound, but doesn't work on the Pi Zero.

Any future development will be done using PI-2/3 as a minimum.
0 x
Top

Unless you want to use a ZX Spectrum+ keyboard converted or a Lo Profile or other third party Spectrum keyboard. But I agree, it's not cheap. On the other hand the recreated keyboard is not for sale anymore for the original price. On Amazon Germany I see the recreated keyboard for €75,=
0 x
I am Using ZX Machines since 1981.
Top

Just a thought. You may want to contact manuferhi from the zxuno forums to see if he's interested in making an alternative kit. I think he could adapt his zxgo+ project without much work.
0 x
Top

Hi all,
I've just spent a few hours trying to get ZXBaremulator v3.0 working on my new Pi 3 Model B+ without any luck. I download allfiles.zip, extracted this to a FAT32 formatted micro SD card, created a Tapes directory and copied a few tap files over.
When I put the sd card into the Pi and turned it on, the multi coloured display remains on screen and there is a flashing green light next to a solid red light. It blinks slowly 4 times, and then fast 4 times - and then repeats.
Really not sure what I'm doing wrong - don't think I am, and I've tried a few tweaks in the config.txt which made no difference. I've also tried this on 3 different micro sd cards - didn't help.

I hunted around and found a beta version - 3.H.6 and put this on - and it WORKS !!!
The beta zip contains 8 dtb files, a single kernel7.img file, where allfiles.zip has no dtb files and 3 different kernel files.