Show us what you're working on, (preferably with screenshots).
Post Reply
4 posts • Page 1 of 1

I've placed my ZX Spectrum Next game on hold as Y isn't wrapping and I wanted to double check with the Zeus assembler author that what I'm doing is correct. So whilst I await that I'm starting on a ZX Spectrum title so that I can learn sprites via Z80.

I chose to do Berzerk as I recalled that there were some clones but none that were close to the arcade, however, I did forget about Horace and the Robots. But looking at it, I could make some more minor improvements, like the horizontal scrolling when the player gets to the left/right exit (code that I can take from David Webb's Advanced Machine Code book) and HatR was released in 2017 - so that doesn't make me feel like I'm stepping on that dev's toes.

The first thing I started with was the Currah MicroSpeech so that I can make sure that it sounds good. To learn the allophones I made one phrase (Resistance is Futile) and then I started to code in Still Alive (GLaDOS). Not all of it, but enough to get used to the system: 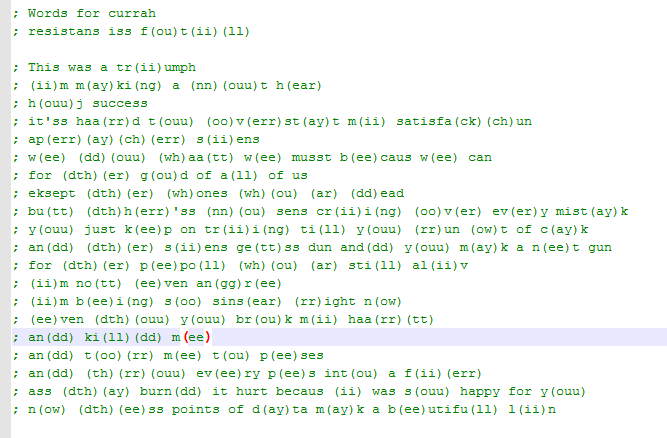 I've now moved onto the graphics part, I'll update more when I have anything notable!

Neat. And don't worry about stepping on other dev's toes. They don't own Bezerk anymore than you do.

Keep us posted.
1 x
My 'good' Speccy games
All projects I've been involved in, including Crap Game Comp entries
Top

The only problem with Horace And The Robots is that you can't have 128K sound and Currah speech at the same time (unless you have a specially-munged emulator that for some reason isn't widely available). And Berzerk with beeper sound is never going to work.
0 x
Top

You can have AY sounds and Currah Speech in Spectaculator. You need to set the machine to 48k, enable Currah speech in the Hardware options, and then select AY chip from the 'enhanced AY sound hardware for the 48k Spectrum' which is found in the sound options.
1 x
Top
Post Reply
4 posts • Page 1 of 1