New screen grab - dropped in a scrolling background and some stars:

Why wasn't this amazing use of colour the norm back then? This looks great! Not just the colour, but the sprites too. Everything looks great!
0 x
Top

Yep, looking great. And the background adds a lot as it felt a little bit empty before.

And please remember that it's not multicolor but just your regular Spectrum with attributes. Just a very good and careful choice of colours within the limitations.
0 x
Top

Just to let you know that this project is still alive and making (slow) progress.
This weekend I got the weapon systems working for the three pilots, and there are now four levels of firepower for each character.
My next step should be a quick one to get collectible power-ups working so you can switch between wepaons, and then I'll show some playable code so you can try them out. There are no baddie movement, paths or collision detection yet, so there won't be anything to actually shoot - just try out the firing systems. Each has a different trick when you hold FIRE to get the hang of.

I'm using coloured tokens to switch weapons, and you have to keep gathering the same colour to upgrade. If you pick up a different colour, you'll just swap weapons but not upgrade (i.e. not like R-Type). And if you're on the top level, then swapping weapons will actually knock you down one. I don't want them to be too easy to max-out, but also not have the maximum so powerful that if you lose it you don't stand a chance (Gradius series). And I want to try and tailor the levels to the strengths of the different weapons so you should make a strategic decision when to use a power-up just to swap weapon systems.
0 x
Joefish

Yup, was wondering if it had been put aside for more interesting ideas. Good to know that it is slowly coming together.
0 x
Bomb Munchies Ver2210 4th July 2020 (look for the blue download box ) If you get a time-out message and live in the UK then try after 9pm-3am.
Send me a PM and I can email it to you too. Kent, UK
Top

It is tempting to just keep writing multicolour functions and never finish any actual games!
I think I'm also happy with my bog-standard-colour version of Buzzsaw+. I need to try it out on the GBA emulator, if I can find my hack cartridge programmer...
0 x
Joefish

zxbruno wrote: ↑
Sat Sep 01, 2018 3:54 am
Why wasn't this amazing use of colour the norm back then? This looks great! Not just the colour, but the sprites too. Everything looks great!

R-type, Savage, AMC et al would like a word 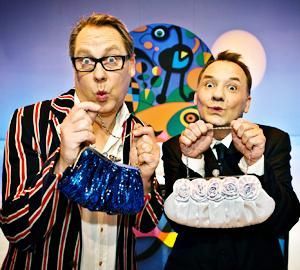 For those who may have missed it, the latest WOOT! included a rolling demo of Go-Go-BunnyGun's weapons for you to practise with:

Unfortunately you can't do a lot running it on-line in JSSpeccy or QAOP as it needs a Kempston Joystick to control, and neither of them seem to support it. You'll have to download the .TAP and run it off-line.

There are three weapon types to pick up. Get the red, magenta or yellow tokens to switch pilot between Amy, Heidi and Miya. Wait for another token of the same colour to upgrade the weapon. There's also a green penalty token that rests the weapon to the base level.

As well as standard shooting, you can hold down FIRE for an alternate operation. This does something different for each weapon. Note that Heidi's flying 'Hoon' will act as a defensive shield or battering ram; Miya's two outriggers won't. But you should be able to get these to lock in position by holding FIRE, releasing briefly, then holding again.

You might notice I've ditched the 'fat shot' sprite and gone for a twin-shot instead. I think it looks better as an upgrade from a single shot since the next option is a triple shot. Still not completely decided though. I think the colours are staying though.
0 x
Joefish