I know what you mean - there isn't much contrast between white and cyan. But blue on white is too dark.

Blue on white is such a high contrast it's hard to tell that it's not just simply black - particularly for just the thin outlines and stipples I've used so far. You need big patches of colour to tell it's blue, when the background is so bright.

Blue on cyan works but as I say, a big patch of any colour in the background messes with any chance of shading gradients. As has been suggested, it needs re-doing, probably with clouds, and/or some sort of geometric background coloured patch behind the text.

If I make it so that it looks like white clouds start along the horizon and bubble up, I could maybe then switch fairly sharply to cyan in the central region of the screen and do the logo in blue on that... But I think re-drawing might still be the better option.
1 x
Joefish

As for the game, I think I've drawn too many sprites now - I think there's some 12K of sprite data, and no proper levels in yet.
They can't all have 8 frames of animation, as that's 720 bytes for one sprite. I need to cut down! Rely more on the ability to re-colour sprites on-the-fly for variety.

In the top 32K of memory I've got around 9.5K of screen maps and buffers, 1K of variables, 12K of sprites and 8K of code (which is a lot; quite inefficient of me, but then that's down to semi-unwrapped copy loops and all those different firing modes), which only leaves a few K still to go. The background graphics are all copied down to lower memory when it gets going, and I think the level data and enemy path programming will have to go there too. That's another 9.25K of memory of which I've only used a couple of K so far.

At the moment I'm trying to work out if I can afford custom code for the bosses, or whether to implement them as just pathed baddies. I can already cluster sprites so they move in unison, but I'm not sure if that's enough to make for a good boss fight. It'd be neat if the boss can change its pattern of behaviour as it gets near to exploding, or spawn new enemy sprites as a way of attacking you, but I don't know if I can afford the code space. Then again, adding too much complexity to the baddie pathing so it can do bosses may take up more memory than just writing custom boss code...

Anyway, home now. So yeah, to allow me to have things in the foreground that also overlaps the sky (as well as used as a framing device and look good

), clouds starting on the horizon was the way to go. 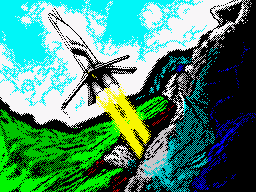 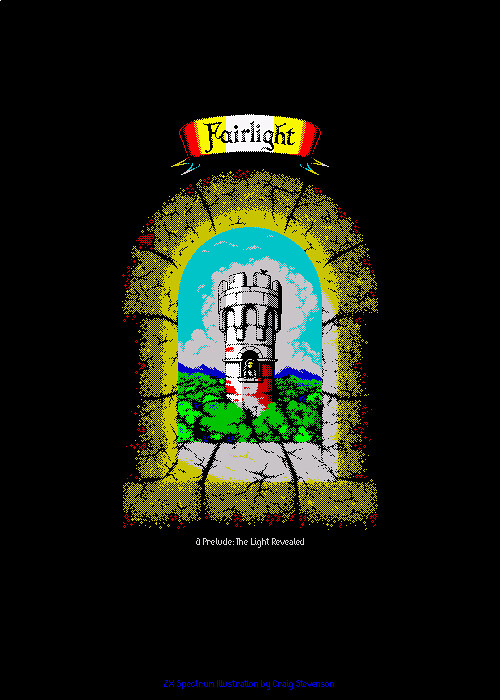 But I do like that effect (and as said before, being a big fan of the Ghibli background art), I use it in non-Spectrum pixel art, this one being an example. 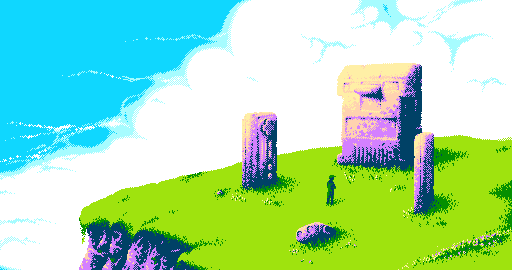 But if you don't want clouds on the horizon then if you don't go for sky banding and stick to solid colours, then you can try the following

I'm not a big fan of uniform dithering anyway though I did try it in both the Pixel Quest and Fairlight art and hated it even more then tried non-uniform dithering which I liked but felt that it was unnecessary for the illustration.

Ach, anyway, just some cloud suggestions/ideas for you

Yep, the Fairlight one is brilliant. It's a tad blatant around the rocket, but still a great pic!

Yep, the Fairlight one is brilliant. It's a tad blatant around the rocket, but still a great pic!

The background graphics from the start of OutRun strike me as similar.
1 x
Joefish

You don’t always need to have a gradient in the sky, and the cyan can start right on the horizon. Now, this may not be what you’re going for mood-wise, but for what it’s worth, for Yankee, I went for a solid sky with a few clouds thrown in here and there. Granted, it’s supposed to represent the Iraqi Desert, and I imagine clouds are few and far between there. Still, it did give me an opportunity to use high-contrast colors for the title: 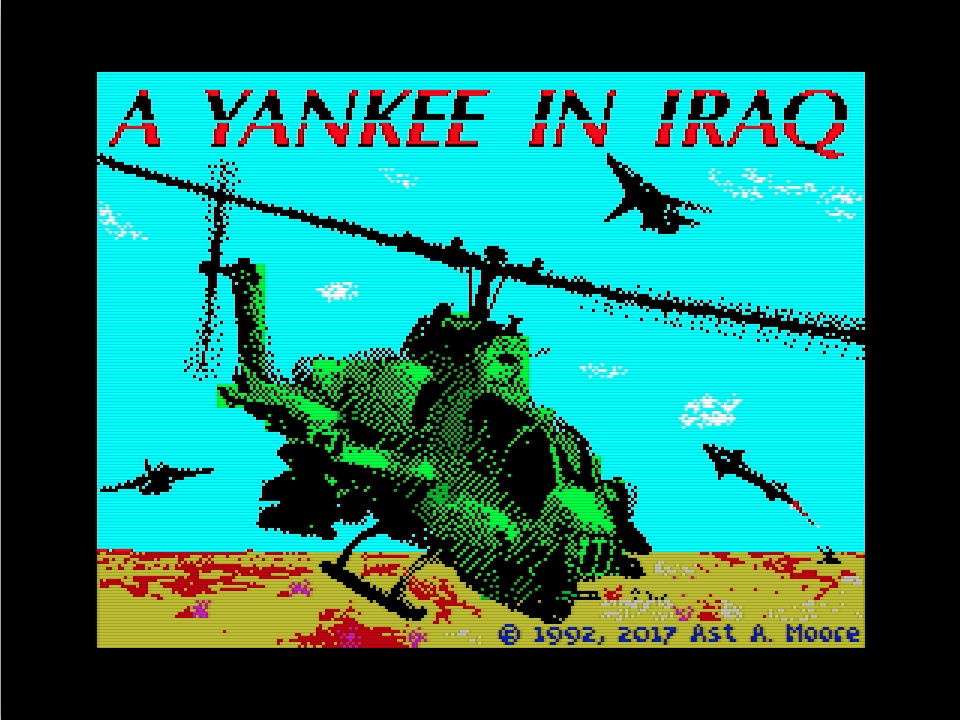 0 x
Every man should plant a tree, build a house, and write a ZX Spectrum game.

The background graphics from the start of OutRun strike me as similar.

Thanks! Haha yeah, if I was doing the Pixel Quest loading screen now, I’d probably change a few things, the clouds being one of them.
0 x
Top

The background graphics from the start of OutRun strike me as similar.

Thanks! Haha yeah, if I was doing the Pixel Quest loading screen now, I’d probably change a few things, the clouds being one of them.

So you're saying that it's not the hilt of a sword embedded in a rock?

Which rocket ship is it then supposed to be exactly?

Which rocket ship is it then supposed to be exactly?