Managed to get land a couple of times, but can't seem to do two screens in a row. 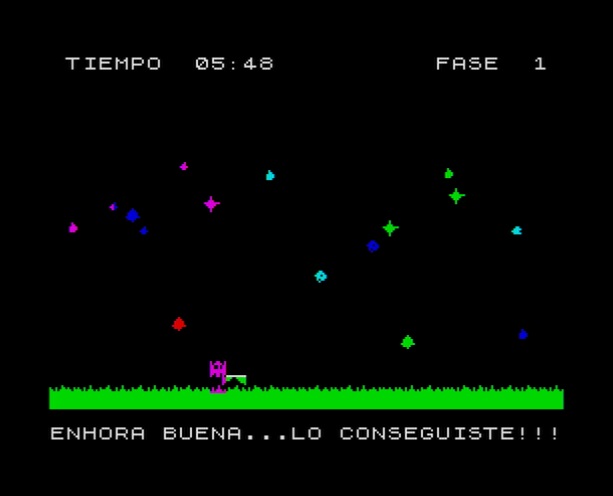 I sense a 'Rally Driver' twitch style challenge... Can anyone make it to Fase 3???
1 x
Top

As to make something similar to Rally Driver, seems a good idea!
1 x
Top

I've tried it several times but I can't land on the plattform... it gets on my nerves... ggrrr!

I'm passing to the next game! 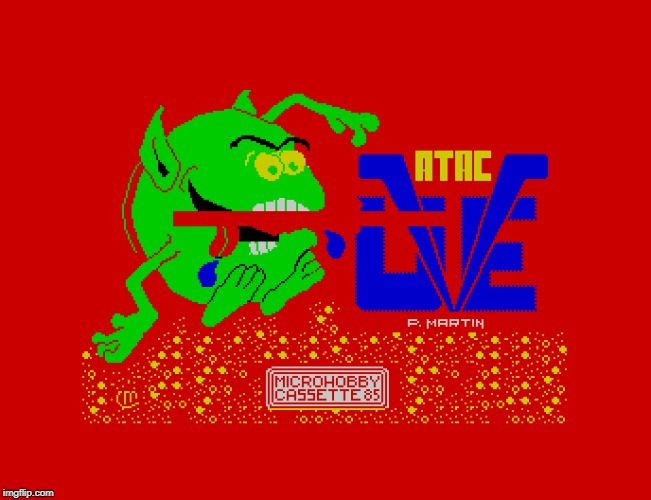 The alien invasion has begun!

Our well-known friend Cosme works as a guard in a reservoir, whose precious liquid, the water, is the aim of the aliens, who try to steal it to control the planet.

With the keys O, P and SPACE/M as fire (or Kempston joystick as alternate option) we must shoot the aliens to avoid the water being stolen, whose level is indicated on the left side of the screen. When the level reaches the upper point of the column, the game is over. The aliens has stolen all the water in the reservoir and any hope is lost.

But we have a secret weapon to fight them: a dust from scrushed bricks made by a machine to the right of the screen. We must push it and it builts some amount of dust whose level is indicated to the left of the screen. When the level reaches the maximum point, we'd have enough dust to put in a ballon and throw it to the atmosphere to exterminate the aliens (we see here clear influences by the 'V' TV show). The aliens will try to stop you with paralyzing rays.

Exasperating at times, as the level of dust we need is too high and we must spend too much time. Graphically is good. The effect of the reservoir leaking out slowly is very original. 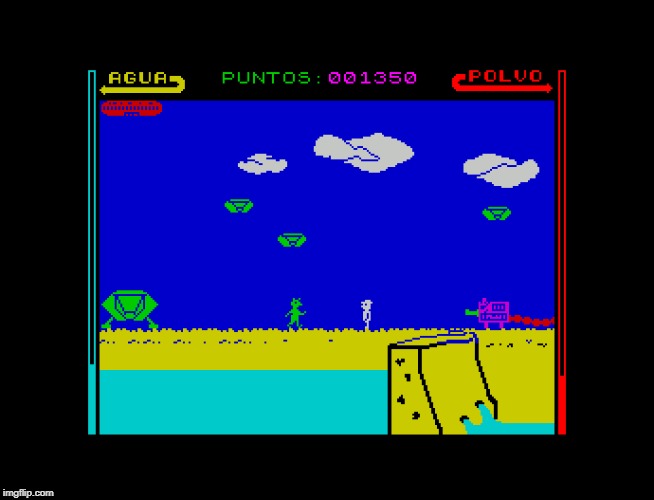 The aliens want to steal the water!
0 x
Top

I see a freudian obsession on cheese. Get a therapy.

I got it some time ago and now I eat even more cheese. 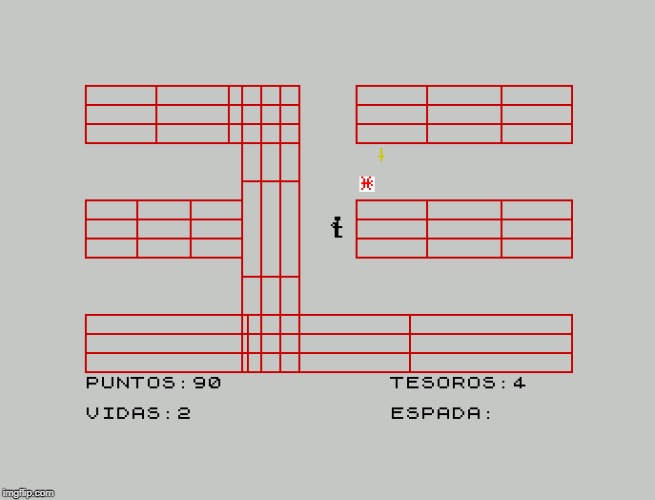 A lesson of ancient mythology this time (We bought it to help with your homework -Ed). As we know (or we should know -Ed) we're trapped in the minotaur labyrinth. We had entered it dropping objects (256, to be precise) in order to help us to exit. Now, is the moment to return, but the evil spirit of the labyrinth has scattered all the objects around it in revenge so we have double trouble: get all the objects and then escape!

The maze consists of a 16x16 rooms, the lateral zones are blue and the rest ones are magenta. Wisely, the brochure instructions advise you to draw the labyrinth by pressing BREAK, 'take notes and then press CONT+ENTER to continue game'. GENIUS!!!

The spirit of the minotaur will chase you along the labyrinth trying to kill you (you have three lives). When you pass a room, the minotaur starts in a certain position, sometimes he might start the screen trapped among the walls, and then you can calmy pass that room (and it shows a worrying coding limitation of the programmer! 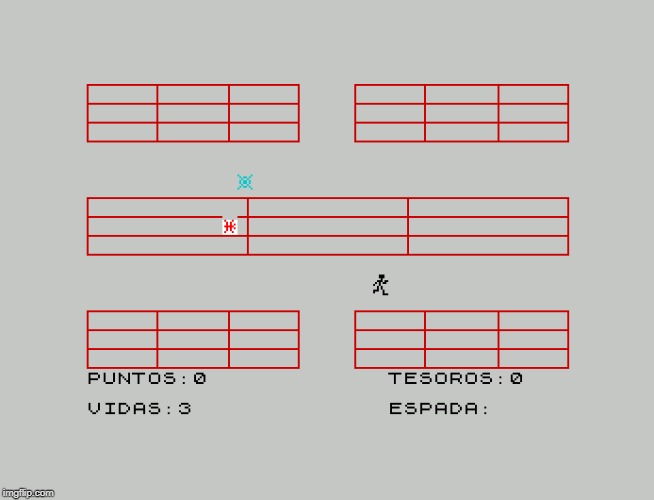 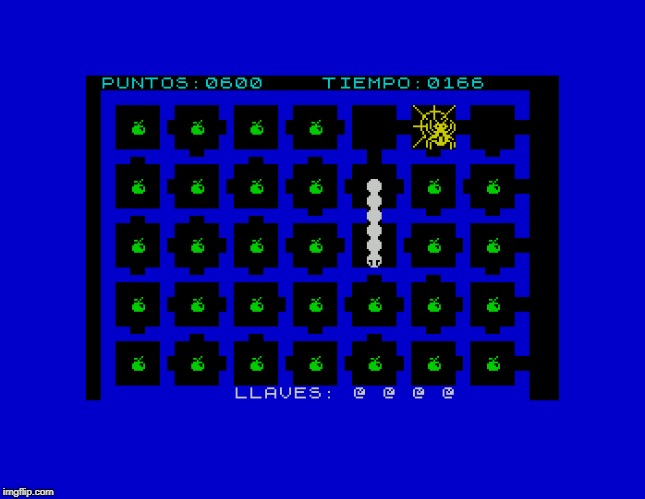 A maze game which consists of five screens, each one a grid of rooms with 2, 3 or 4 open doors.

We must control a worm that must eat all the ripe apples (in red) and pass to the next screen. You're killed if you eat a green apple (not ripe enough) or enter a room with a spider.

Move the worm with O, P, Q and A. You can use a certain number of keys (@) to open closed doors with the 0 (zero) key. If you want to reach next screen before eating all the apples or before time reaches zero, press F.

A good idea, but a bit slow and boring.

I hope you like it. Don't forget to play its games and tell here your views.